Welcome to our dedicated section for investors.

Shares in Ipsen S.A. have been traded on the Eurolist by Euronext™ market (Compartment A) since 7 December 2005, when the IPO (Initial Public Offering) price was €22.20 per share.

Ipsen has implemented a Sponsored Level I American Depositary Receipt (ADR) program and trades on the over-thecounter market in the United States under the symbol IPSEY. 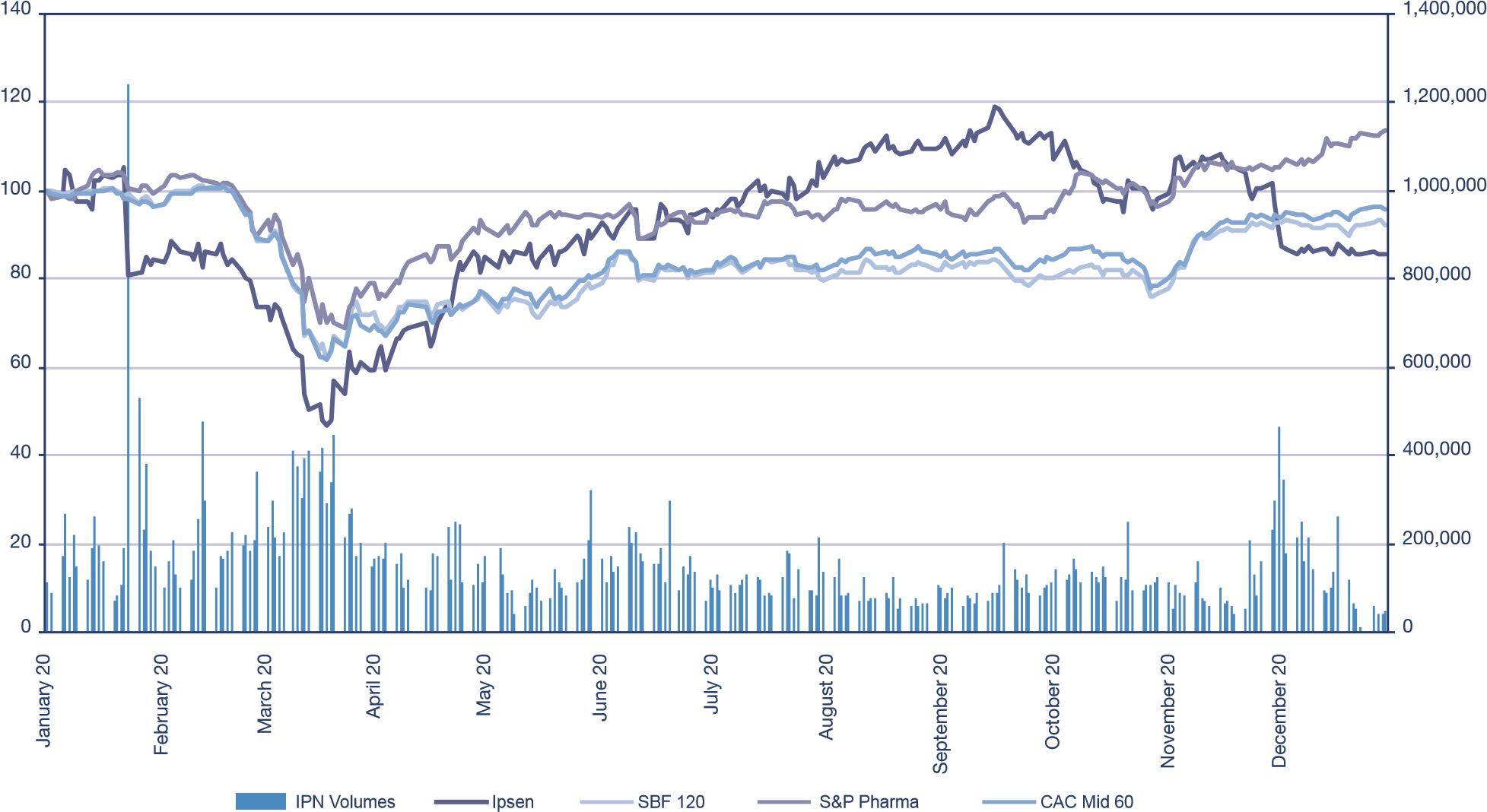 The Company’s ADR program is sponsored by Deutsche Bank. As the depository bank Deutsche Bank performs the following roles for ADR holders:

For those holders who are not registered because their shares are held through a ‘Street name’ (nominee account), your nominee will receive company documents from time to time from Deutsche Bank to distribute to ADR holders. You need to make arrangements with your nominee if you wish to receive such documents and to be able to exercise your vote through the depositary bank at general meetings (if applicable). 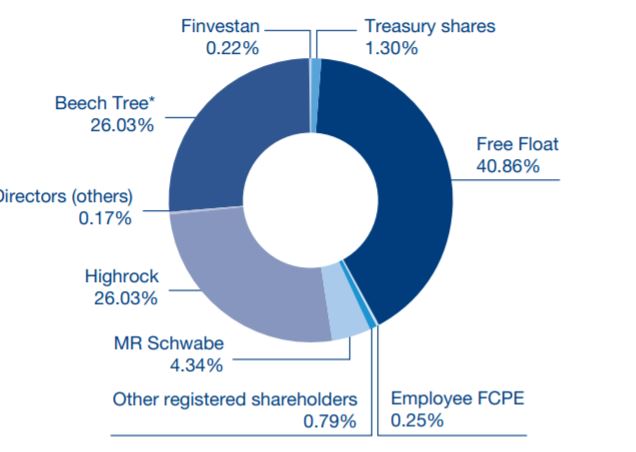 Ipsen R&D has a valuable pipeline encompassing both lifecycle management of our well-established products, and the development of innovative new molecules.

We are focused on accelerating our sales growth while improving our profitability and cash flow generation, in order to further invest in business development to build an innovative and sustainable pipeline and to maintain the growth momentum of the business.

Our top-line sales growth and bottom-line performance in 2020 were better than they have ever been – and our pipeline is stronger than ever.

The Group has set the following financial targets for the current year, assuming a progressive recovery from COVID-19 by H2 2021:

The 25th of March 2020, Ipsen provided an update related to the impact of the Covid-19 pandemic on its global business which is affected in varying degrees in the countries impacted by the coronavirus, with very different and evolving situations from one country to another.

Since the start of the health crisis, Ipsen has taken the necessary measures to ensure the safety of its employees around the world and to focus on business continuity so that it can provide patients with access to its medicines. As part of these preventive measures, and in line with local health authorities’ guidance, Ipsen has instituted a global travel ban as well as home office policies where appropriate. Ipsen has also paused in-person interactions with healthcare professionals in several markets where its field-based employees are working from home using technology to interact virtually with healthcare professionals (HCPs).

Ipsen sees a limited financial impact today given its resilient product portfolio comprised mostly of diversified treatments with highly-differentiating and long-acting formulations for critical chronic conditions. However, given the general economic slowdown, its performance year-to-date in China, reduced interactions with healthcare professionals and the uncertainty about the duration and scale of the health crisis, Ipsen has decided to suspend its 2020 financial guidance announced in February as it is not possible at this stage to quantify its impact on the Group’s financial statements. Further updates will be provided as the situation evolves.

External innovation is Ipsen’s number one priority for capital allocation. In support of its external innovation strategy, Ipsen expects to generate by 2024 a cumulative €3bn4 of firepower for pipeline expansion, excluding the sale of any assets.

3 At constant exchange rates and scope

4 Based on Net Debt remaining below 2.0x EBITDA

Under the overarching theme of Focus. Together. For patients & society, Ipsen will be focusing on four strategic priorities to accelerate our innovation and drive positive impact for patients, employees, shareholders and society – a strategy for the short and long term.