(Euronext:  IPN; ADR:  IPSEY), today announced that Somatuline® Autogel® (lanreotide) Injection 120 mg (referred to as Somatuline®) has been approved by Health Canada for the treatment of enteropancreatic neuroendocrine tumours in patients with Grade 1 or a subset of Grade 2 (equivalent to Ki67 < 10 per cent) unresectable, locally advanced or metastatic disease to delay progression.  Enteropancreatic neuroendocrine tumours, also known as NETs, generally start in the pancreas or digestive tract and can spread to other parts of the body.

“Somatuline® is a new weapon in our fight against enteropancreatic NETs, a cancer that affects 12,000 to 15,000 Canadians,” said Simron Singh, Medical Oncologist and Co-Director, Susan Leslie NETs Clinic at Odette Cancer Center, Sunnybrook Health Sciences Center in Toronto. “Somatuline® is one of the first treatments of its kind approved for this patient population that has demonstrated a statistically significant improvement in progression-free survival (PFS), which is a measure of how long the patient continues to live without the disease getting worse.”

Health Canada’s approval of Somatuline® was based on a 96-week landmark registrational Phase III, double-blind, placebo-controlled study (CLARINET®) of 204 patients enrolled in 48 centers across 14 countries. The trial showed that Somatuline® reduced the risk of disease progression or death by 53 per cent versus placebo in patients with advanced gastrointestinal and pancreatic neuroendocrine tumours (p<0.001).  Safety data generated from the Phase III study were consistent with the known safety profile of Somatuline®. The rates of discontinuation due to treatment-emergent adverse reactions were five per cent (5/101 patients) in the Somatuline® arm and three per cent (3/103 patients) in the placebo arm.

“The approval of Somatuline® for the treatment of patients with enteropancreatic NETs is a major achievement that will provide a new therapeutic option with the potential to help many patients in Canada suffering from this life threatening cancer,” said Lyndal Walker, General Manager of Ipsen Biopharmaceuticals Canada, Inc. “This is a significant step forward in our mission to further develop and deliver innovative therapies to treat serious illnesses.”

“NETs disease represents approximately two per cent of all cancers and enteropancreatic NETs is the second most common gastrointestinal cancer after colon cancer,1,2,3” said Jackie Herman, President, Carcinoid Neuroendocrine Tumour Society of Canada (CNETs Canada) and a NET patient herself.  “We welcome the approval of Somatuline® therapy as another important treatment option for patients living with this disease.”

Neuroendocrine tumours (NETs) of the gastrointestinal tract and pancreas are slow progressing malignant tumours arising from the neuroendocrine cells.  Neuroendocrine cells are similar to nerve cells called neurons, but have the capability of endocrine cells to produce hormones.  The primary tumour may be located in the stomach, small or large intestine, rectum or pancreas but may spread and may affect other organs such as the liver.  The symptoms of NETs are gastrointestinal in nature, thus they can be misdiagnosed as Crohn’s disease or irritable bowel syndrome. Although these are rare neoplasms, their incidences have risen four-to-six fold in the last 30 years, and often their management is challenging.1,2,4 Early diagnosis and appropriate treatment is the key for improved survival of patients with NETs.1,5

Somatuline® Autogel® belongs to a class of drugs known as somatostatin analogs that inhibit the secretion of several endocrine, exocrine and paracrine functions.  Somatuline® has a direct antitumour effect resulting from the activation of somatostatin receptors on tumour cells and an indirect antitumour effect through the inhibition of growth hormones and other hormones secreted by the digestive system.6-9

Somatuline® is delivered via a ready-to-use, prefilled syringe which incorporates Safe’n’Sound™ technology, including a retractable needle guard to help avoid needle sticks, and it is manufactured without latex or natural dry rubber. This unique delivery device does not require reconstitution and is a low volume (0.5 mL) deep subcutaneous injection offering a streamlined process that supports full dose delivery.  Somatuline® Autogel® is the first somatostatin analog to be approved for enteropancreatic neuroendocrine tumour patients for self-injection in addition to being available for administration by a healthcare professional or trained caregiver.  For more detailed information please see the Product Monograph at www.ipsen.ca.

Ipsen is a global specialty-driven pharmaceutical company headquartered in Paris, France with a commercial presence in 115 countries, 45 affiliates worldwide and close to 4,600 employees worldwide. Ipsen Biopharmaceuticals Canada Inc., the Canadian affiliate, is headquartered in Mississauga, Ontario. Ipsen’s ambition is to become a leader in specialty healthcare solutions for  targeted debilitating diseases. Its development strategy is supported by 3 franchises: neurology, endocrinology and oncology. Moreover, the Group has an active policy of partnerships. Ipsen’s R&D is focused on its innovative and differentiated technological platforms, peptides and toxins. For more information, visit www.ipsen.com. 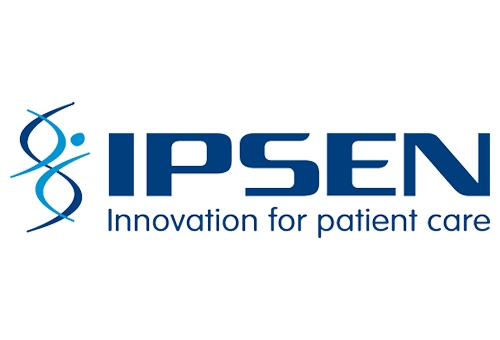