Ipsen announced that its partner Exelixis, Inc. today reported positive top-line results from the CABOSUN randomized phase 2 trial of cabozantinib in patients with previously untreated advanced renal cell carcinoma (RCC). The trial met its primary endpoint, demonstrating a statistically significant and clinically meaningful improvement in progression-free survival (PFS) for cabozantinib compared with sunitinib in patients with advanced intermediate- or poor-risk RCC. The safety data in the cabozantinib-treated arm of the study were consistent with those observed in previous studies in patients with advanced RCC. CABOSUN is being conducted by The Alliance for Clinical Trials in Oncology as part of Exelixis’ collaboration with the National Cancer Institute’s Cancer Therapy Evaluation Program (NCI-CTEP). The final results from CABOSUN will be submitted for presentation at a future medical conference.

Claude Bertrand, Executive Vice-President, R&D and Chief Scientific Officer, Ipsen stated: “Ipsen is very proud to share the robust results obtained by our partner Exelixis in the treatment of advanced RCC, with the CABOSUN study demonstrating an improvement in progression-free survival with cabozantinib compared to sunitinib as a first-line treatment. This is an important milestone for patients as cabozantinib may have the potential to become a key reference for the treatment of previously untreated patients with locally advanced or metastatic RCC.”

Exelixis will share the results of CABOSUN with U.S. regulatory authorities and will collaborate with Ipsen on the European strategy and discussions with European regulators on the potential next steps in the development and submission strategy for cabozantinib as a treatment of first-line advanced RCC. Data supporting cabozantinib in previously treated patients with advanced RCC are currently under review by European regulatory authorities. Exelixis is also working closely with clinical advisors on the development plan for cabozantinib in future clinical trials in other genitourinary malignancies.

CABOSUN is a randomized, open-label, active-controlled phase 2 trial that was designed to enroll 150 patients with advanced RCC determined to be intermediate- or poor-risk by the International Metastatic RCC Database Consortium (IMDC) criteria. Patients were randomized 1:1 to receive cabozantinib (60 mg once daily) or sunitinib (50 mg once daily, 4 weeks on followed by 2 weeks off). The randomization was stratified by the IMDC risk strata (intermediate or poor risk) and presence of bone metastasis (yes, no). Enrollment was completed in March 2015. The primary endpoint was PFS, defined as time from randomization to disease progression or death, whichever occurs first. Secondary endpoints included overall survival and objective response rate. Eligible patients were required to have locally advanced or metastatic clear-cell RCC, ECOG performance status 0-2, and had to be intermediate or poor risk, per the IMDC Criteria (Heng JCO 2009). Prior systemic treatment for RCC was not permitted. With 123 events (disease progression or death), the log-rank statistic has 85 percent power (with a one-sided type I error rate=0.12) to detect a hazard ratio of 0.67. Between July 9, 2013 and April 6, 2015, 157 patients were randomized: 79 patients on the cabozantinib arm and 78 patients on the sunitinib arm.

The American Cancer Society’s 2016 statistics cite kidney cancer as among the top ten most commonly diagnosed forms of cancer among both men and women in the U.S.1 Clear cell RCC is the most common type of kidney cancer in adults.2 If detected in its early stages, the five-year survival rate for RCC is high; for patients with advanced or late-stage metastatic RCC, however, the five-year survival rate is only 12 percent, with no identified cure for the disease.1 Approximately 30,000 patients in the U.S. and 68,000 globally require treatment.3

CABOMETYX® targets include MET, AXL and VEGFR-1, -2 and -3. In preclinical models, cabozantinib has been shown to inhibit the activity of these receptors, which are involved in normal cellular function and pathologic processes such as tumor angiogenesis, invasiveness, metastasis and drug resistance.

CABOMETYX®, the tablet formulation of cabozantinib, is available in 20 mg, 40 mg or 60 mg doses. The recommended dose is 60 mg orally, once daily.

On January 28, 2016, the European Medicines Agency (EMA) validated Exelixis’ Marketing Authorization Application (MAA) for cabozantinib as a treatment for patients with advanced renal cell carcinoma who have received one prior therapy. The MAA has been granted accelerated assessment, making it eligible for a 150-day review, versus the standard 210 days. On March 1st, 2016, Exelixis and Ipsen jointly announced an exclusive licensing agreement for the commercialization and further development of cabozantinib indications outside of the United States, Canada and Japan.

On April 25, the FDA approved CABOMETYX® tablets for the treatment of patients with advanced renal cell carcinoma who have received prior anti-angiogenic therapy 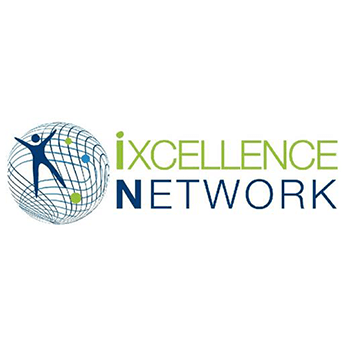