The Board of Directors of Ipsen, chaired by Marc de Garidel, met on 29 February 2016 to review the Group’s results for 2015, published today. The annual financial report, with regards to the regulated information, will be available on the Group’s website, old.ipsen.com, Investor Relations section.

Commenting on the full year 2015 performance, Marc de Garidel, Chairman and Chief Executive Officer of Ipsen, said: “We are pleased with the Group’s excellent 2015 operating performance. Sales grew by more than 10% year-on-year, driven by the successful launch of Somatuline® in neuroendocrine tumors in the US and Europe, and the sound Dysport® performance in aesthetics. Core operating income grew by close to 24%, reflecting our continuous transformation and cost monitoring efforts.” Marc de Garidel added: “In 2016 we will continue to post strong sales growth thanks to the good Somatuline® and Dysport® momentum. In addition, we are pleased to announce the in-licensing of the global rights ex North America and Japan of cabozantinib for the second line treatment of advanced renal cell carcinoma, for which commercial launch is expected in 2017 in Europe. This sizeable operation will provide Ipsen with a global platform in oncology and a key growth driver for the coming years.”

Review of the full year 2015 results

Core Operating Income totaled €322.5 million in 2015, up 23.8%. Core operating margin reached 22.3%, up 1.9 point compared to 2014, mainly driven by the acceleration of the development in the United States, the good performance in Europe, and appropriate cost control.

As of 31 December 2015, the Group recorded a €57.0 million impairment loss to fully impair the intangible asset related to tasquinimod following the decision to stop all clinical trials with the product as announced on 16 April, 2015.

Dividend for the 2015 financial year proposed for the approval of Ipsen’s shareholders
Ipsen S.A. Board of Directors, which met on 29 February 2016, has decided to propose at Ipsen’s annual shareholders’ meeting to be held on 31 May 2016 the payment of a dividend of €0.85 per share, stable year-on-year.

In-licensing agreement for the rights ex North America and Japan of cabozantinib (Exelixis)
Ipsen today announced a licensing agreement for the rights ex-North America and Japan of cabozantinib, a compound owned by US company Exelixis, which is already marketed under the name COMETRIQ® for the treatment of thyroid cancer. The compound is also developed for other indications, with a regulatory application filed in Europe in January 2016 for the second line treatment of advanced renal cell carcinoma (RCC), and an ongoing phase 3 clinical trial for the second line treatment of Hepatocellular carcinoma (HCC). Upon regulatory approval, the commercial launch for the treatment of RCC is expected early 2017 in Europe.

2016 financial objectives
The Group has set the following financial targets for 2016:

Update of 2020 outlook
Taking into account the additional growth stemming from the in-licensing of cabozantinib, Ipsen upgrades its sales targets and confirms its core operating margin objective for 2020, with:

Meeting, webcast and Conference Call (in English) for the financial community 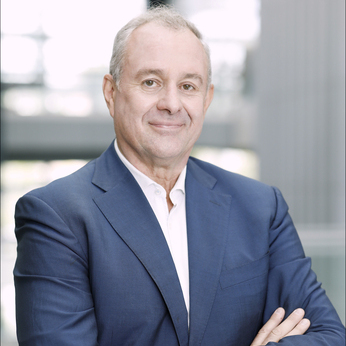